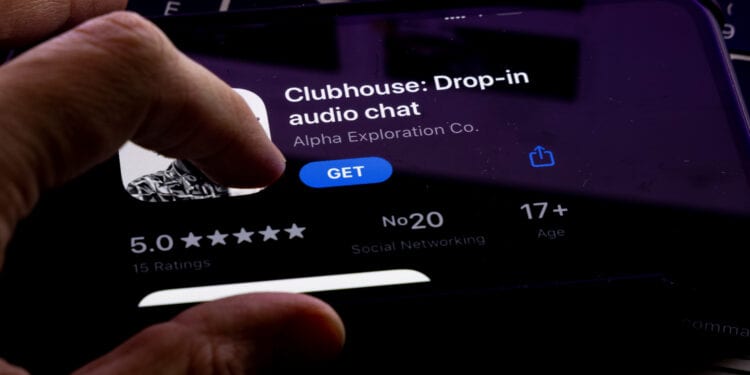 TOKYO (Reuters) – Private social audio app Clubhouse is growing rapidly in Japan and now ranks first among free apps on Apple’s App Store in a test of its international viability following its latest funding round.

The San Francisco-based app, which users must be invited to join, reached a valuation of $1 billion in the round announced January 24, a source familiar with the matter said confirming media reports.

Clubhouse built a following among venture capitalists and startup founders gossiping in its audio-only chatrooms following its launch last March as the COVID-19 pandemic spread around the world.

In Japan, it hit a tipping point over the last week with a swelling user base of investors, tech industry workers and media.

Opportunities for spontaneous social interaction have been limited due to the COVID-19 pandemic, with Clubhouse providing an alternative forum to Twitter, one of the most successful social networks in Japan.

“The power of social media is erupting in every direction,” Shintaro Yamada, CEO of flea market app Mercari wrote in a Twitter post in reference to recent trends including Clubhouse.

Fashion billionaire Yusaku Maezawa is among public figures shifting activity to the app to talk about the money giveaways that helped make him Japan’s most followed Twitter account with more than 10 million followers.

Clubhouse, which is backed by venture capital firm Andreessen Horowitz, is attracting celebrities including Atsushi Tamura, a tech-savvy comedian who invested in recently listed startup Base Inc.

Japan’s entertainment industry is fragmenting as alternative platforms like YouTube weaken the grip that talent agencies and broadcasters held over the lives of performers.

It remains to be seen whether Clubhouse will bed in as expansion erodes the sense of exclusivity felt by its members and social options expand as the pandemic-hit economy reopens.

The growth of Clubhouse has led to handwringing on the app over why the country’s tech sector has not been able to produce its own equivalent.

Japan has been slow to ride a global boom in audio content, with players like Asahi newspaper belatedly launching their own podcasts.