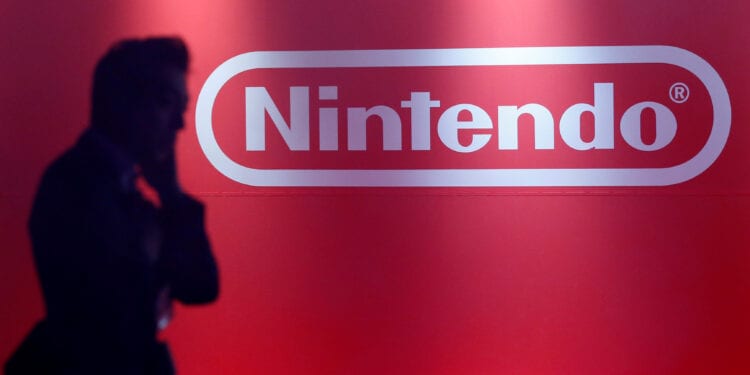 A man stands in front of Nintendo's logo at the presentation ceremony of its new game console Switch in Tokyo, Japan January 13, 2017. REUTERS/Kim Kyung-Hoon

0
SHARES
25
VIEWS
Share on FacebookShare on TwitterShare on LINE

TOKYO (Reuters) – Japan’s Nintendo Co Ltd on Monday hiked the full-year sales forecast for its Switch console to 26.5 million units from 24 million units previously after a bumper end to the year for the hit device.

Investors are weighing if Nintendo can retain its momentum this year amid anticipation of big name releases after its pipeline was padded in final months of last year with remastered titles from franchises like “Super Mario” and “Pikmin”.

“With each passing quarter and with every increase in stock price, the downside from cyclical peak is also increasing,” Jefferies analyst Atul Goyal, who has a price target of 72,800 yen, wrote in a note ahead of earnings.

Nintendo faces competition from next generation devices from Sony Corp and Microsoft Corp. Both devices are in short supply globally in the face of overwhelming demand.

Navalny, WHO and Thunberg among nominees for Nobel Peace Prize