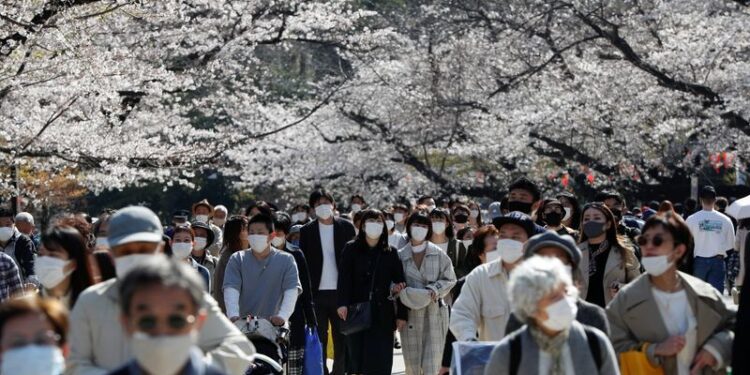 0
SHARES
42
VIEWS
Share on FacebookShare on TwitterShare on LINE

An early spring in Japan is drawing cherry blossom fans to Tokyo’s parks but the government has urged people to limit traditional festivities to prevent a resurgence of COVID-19 infections.

The flowers known as “sakura” were in full bloom on Tuesday, almost two weeks earlier than usual. The tradition of “hanami” typically attracts throngs of people to parks to sit under cherry trees for picnics, singing and drinking.

People wearing masks strolled around the perimeter of the Imperial Palace in central Tokyo, taking pictures and posing for selfies among the trees.

“Many people came here today to see cherry blossoms because the news reported yesterday that they’d be in full bloom,” said Mieko Ozawa, a Tokyo resident in her 70s.

In a video address on Monday, Tokyo Governor Yuriko Koike stopped short of telling people not to go out to enjoy the flowers but asked that they keep hanami activities to “just looking”.

Tokyo and three surrounding prefectures on Sunday emerged from a state of emergency declared just after New Year as a third wave of COVID-19 infections brought the medical system to the brink of collapse. Under the emergency, the government asked businesses to close early and for citizens to work from home and limit gatherings.

New daily infections were at 337 in Tokyo on Tuesday, lower than the peak of 2,520 on Jan. 7 but too high for the government to completely relax its stance.

Many parks in the capital region are prohibiting hanami, with some erecting temporary fences to keep people from gathering near the trees.    “Since it’s outside, I think it’s fine as long as it doesn’t get overcrowded,” said 73-year-old Hideo Mizutani. “Of course we need to be more careful.” 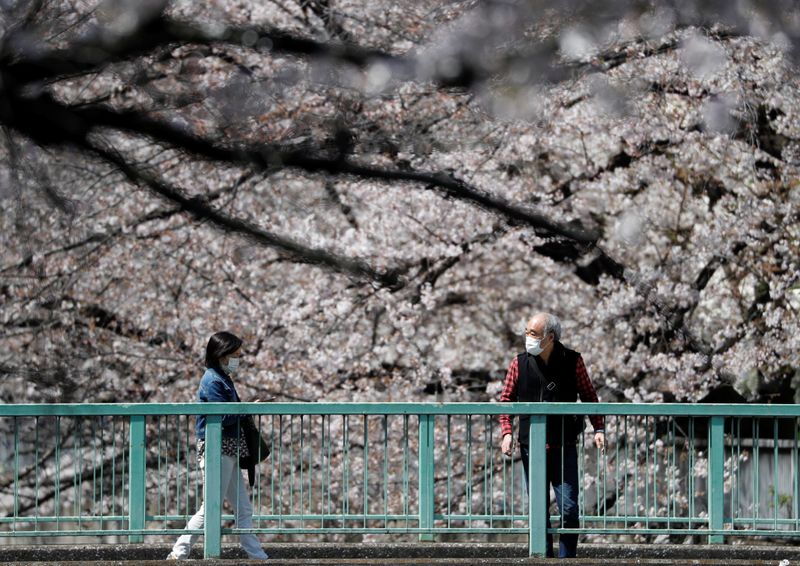 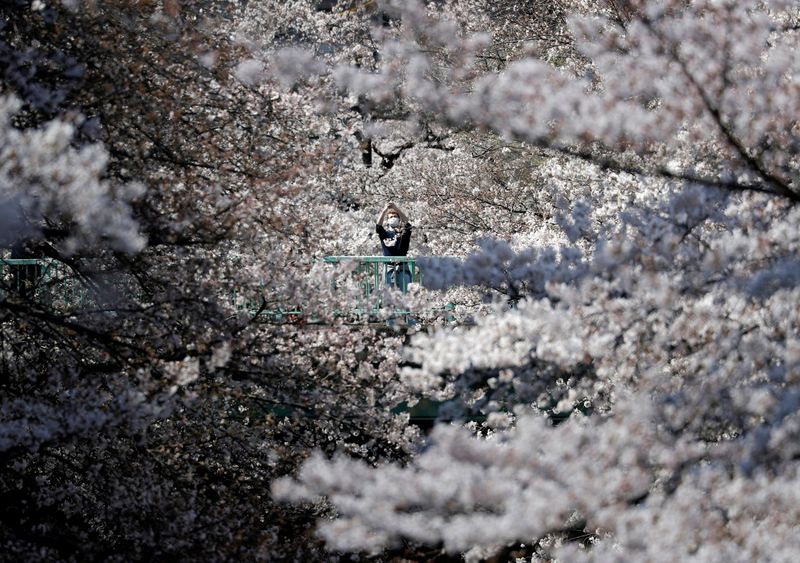 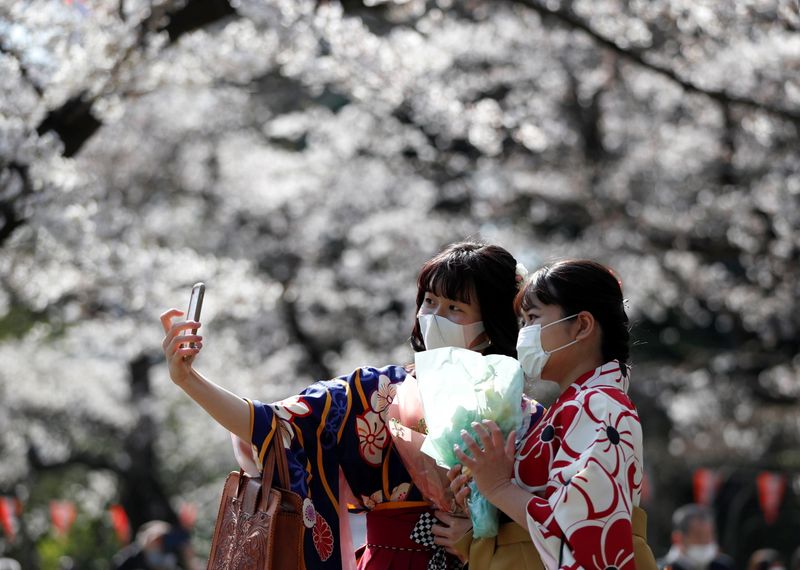 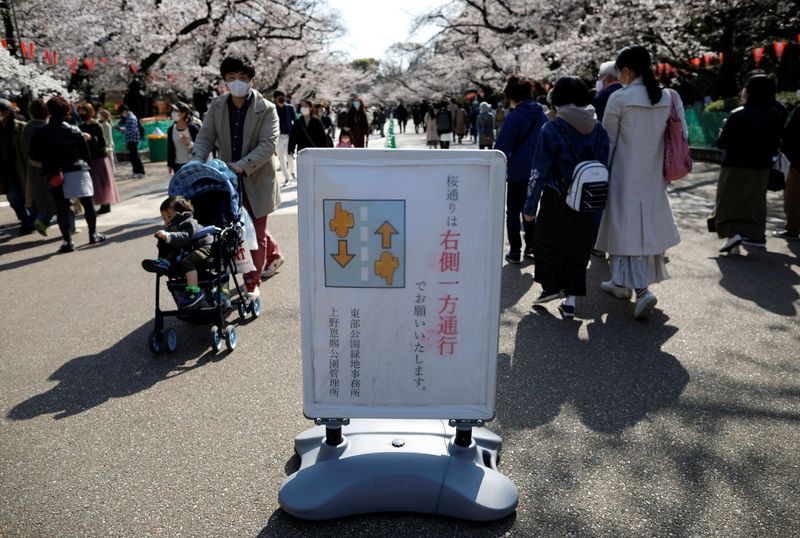