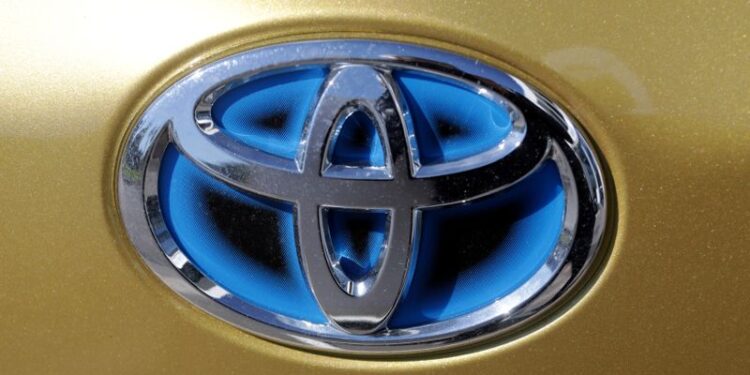 FILE PHOTO: The logo of automaker Toyota is seen on a car in France

0
SHARES
15
VIEWS
Share on FacebookShare on TwitterShare on LINE

Toyota Motor Corp said on Friday it has developed a packaged fuel cell system module, as it hopes to expand its usage and accessibility of the zero-emission technology amid the industry’s shift towards electric vehicles (EVs).

The world’s biggest automaker, which launched a revamped Mirai in December, has not been successful in winning drivers over to fuel cell vehicles (FCV).

The FCV segment remains a niche technology despite Japanese government backing, amid concerns about lack of fuelling stations, resale values and the risk of hydrogen explosions.

The new fuel cell (FC) battery system, which has been offered in separate parts, will be available in a compact packaged module to be used as a stationary power generator or in trucks, buses, trains and ships, the company said on Friday.

Toyota said it plans to sell the module to other companies in the spring of 2021 or later, but did not disclose details on price or sales target.

“Toyota has been taking various initiatives toward the creation of a hydrogen society,” the Japanese company said in a statement.

“Through these experiences, the company has learned that many companies involved in FC products in a variety of industries are looking for FC systems that can be easily adapted to their own product.”

The automaker said it plans to offer horizontally and vertically packaged models, weighing about 240kg-250kg, each with a rated output of 60kW or 80kW.

These module models can be combined to flexibly adapt to the output level and amount of installation space available.

The module, which packages individual fuel cell system-related products of the revamped Mirai car with enhanced performance, will be produced at Toyota’s Honsha plant in Aichi prefecture, a company spokesman said.