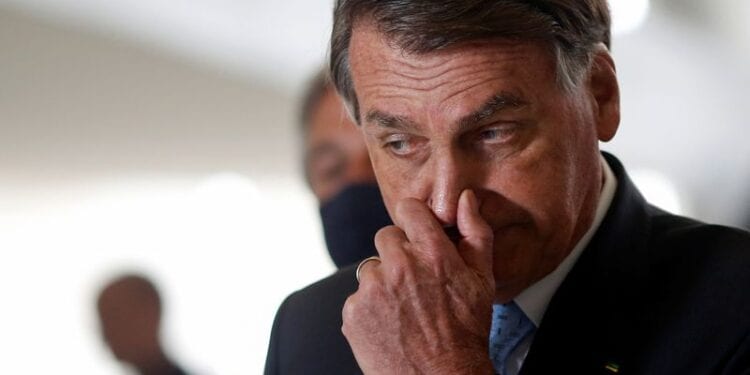 Brazilian right-wing President Jair Bolsonaro’s approval rating slumped to 32.9% in February, from 41.2% in October, according to a poll published on Monday by transport association CNT.

The poll was conducted between Thursday and Saturday last week and so partially includes reaction to Bolsonaro’s Friday decision to install a retired general with no oil and gas experience as chief executive of state oil company Petroleo Brasileiro SA.

The announced shakeup and his criticism of the company’s pricing policy sent Petrobras shares tumbling on Friday and they continued to fall on Monday, as the intervention sent Brazil’s financial markets into a tailspin.

The poll showed the Bolsonaro government’s bad/terrible negative rating has jumped to 35.5% from 27.2% in October, while disapproval of his personal performance as president has risen to 51.4% from 43.2%.

With his sights set on re-election in 2022, Bolsonaro has blasted “excessive” fuel prices and vowed to tackle electricity prices next, looking to shore up his popularity with an aggressive approach to bringing down Brazilians’ cost of living.

On Saturday, the right-wing populist cast rising prices as an attack on him and vowed to revert the trend himself.

“Just as I said they wanted to bring me down in the pandemic by closing the entire economy, now they’ve decided to attack me via energy,” he told supporters. “We’re going to stick our finger into the electric sector, which is another problem.”

The MDA poll commissioned by the transport lobby surveyed 2,002 voters and has a margin of error of 2.2 percentage points.

Greatness beckons but Osaka wants to ‘live in the moment’